Despite what some of you might have suspected I've not fallen off the face of the earth, but rather taken a break from the hobby. Since late August there's been a bit of upheaval on the professional front, as I've gone from working full time to studying full time. While this has been a fantastic experience overall, it's also quite demanding with a steady stream of assignments, projects and reports to work on. Between studying and family stuff, I have virtually no time or energy left for painting or modelling.

So for the time being I have put the hobby on hold, but I'm sure I will return to it in the future.

Anyway, I want to take this opportunity to wish you all a Happy New Year.
Posted by Jonas M at 11:00 11 comments: 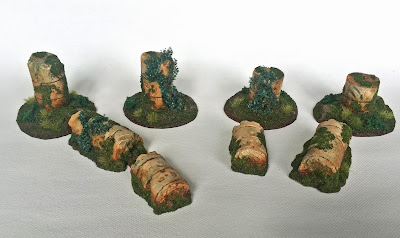 Here are the last terrain pieces I picked up at Salute back in April. Some ruined columns by The Square. They're maybe a bit more on the fantasy side, rather than the historical, but perhaps they could be used for an abandoned Roman villa in Dark Age Britain? 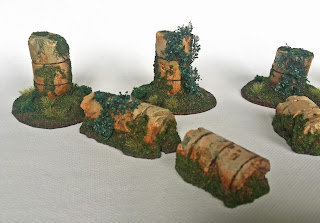 After drybrushing them with some sandy colours, I went to town with weathering, using a couple of watered down washes of greens and dirt browns. They were then finished off with various tufts, vines and turf/flocking materials. 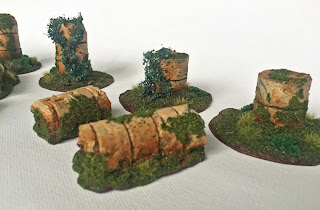 Nice and easy, and scatter terrain will always come in handy for skirmish gaming. 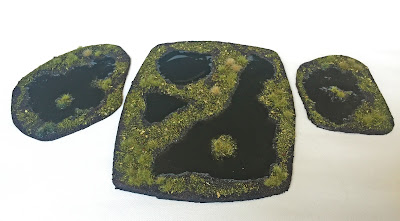 I've finished another set of marshland terrain pieces. Just like the earlier ones, these are from Magnetic Displays. 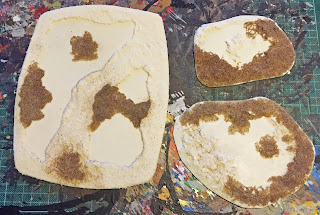 As I wanted the new pieces to look different to the first batch, and glued on some sand to change the layout a bit. They were then finished in the same way as before. 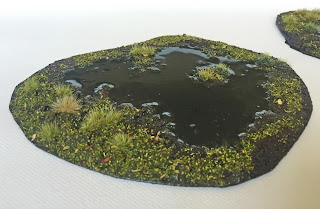 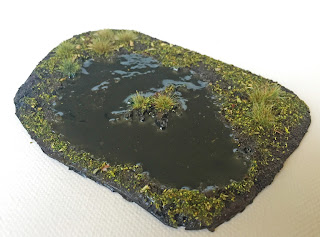 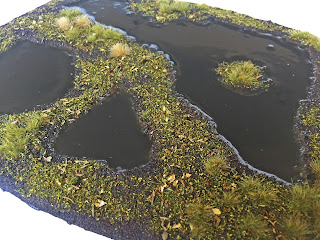 I gave the Vallejo Still Water another chance and it worked better this time. I didn't use any tufts in the water areas, which maybe helped? 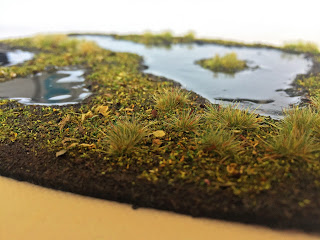 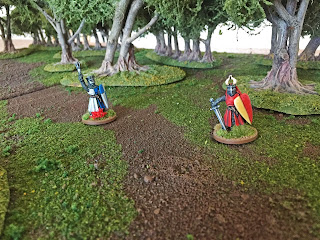 We haven't had a chance to try out the boards yet, but hopefully it won't be too long!
Posted by Jonas M at 09:29 14 comments: 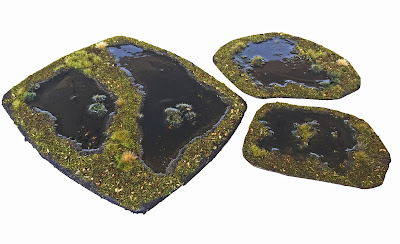 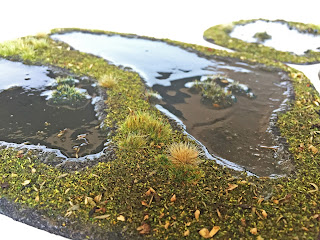 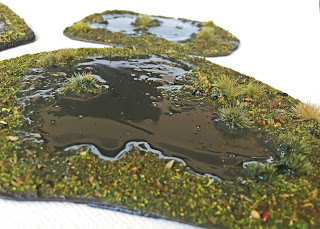 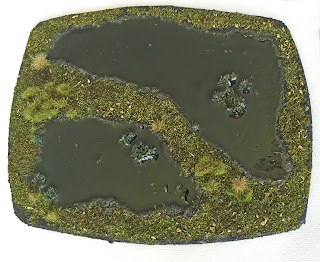 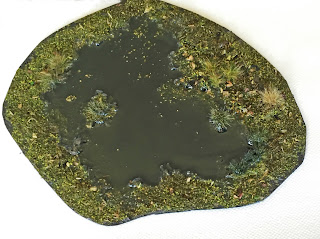 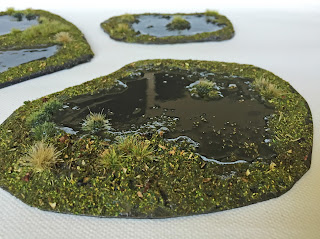 I have another set of three pieces in the works, which should be more than enough for my current needs. These pieces will be slightly modified to make them look less like the first ones. And the Still Water will get another chance before I give up on it all together.
Posted by Jonas M at 09:25 14 comments:

Well I'm safely back in Sweden after my visit to Salute this past weekend. I had a very nice time, met up with some very nice people and had the honour of being part of a terrific team. It was extremely satisfying seeing this project finally come together like this.

Thank you to Michael for taking the lead on this whole project and a truly heroic painting effort; to Jan for his stunning terrain and wonderful ships; to Jesper for lovely painting and, as always, being an most enjoyable opponent; to Colin for, amongst other things, his help in setting up the table, repairing damaged models and not least his tireless chatting to everyone who came to see the table; to Steve for helping out with everything, playing and being a thoroughly nice and enthusiastic chap; to Tony for making sure we didn't get in the way of anyone taking photos.

Finally a big thank you to everyone who came to see us, ask questions and compliment the game. We had a steady stream of visitors throughout the day – and a fair few times it was really cramped around the table – and I was truly humbled by all the nice things people had to say about the terrain, modelling and painting.

Here are some pictures of the game. I'll be back with another post with pictures of some of the other games I found while walking around on my breaks. Enjoy! 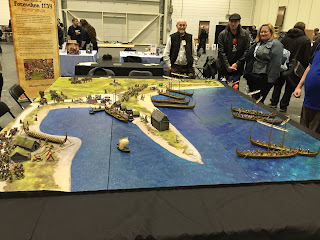 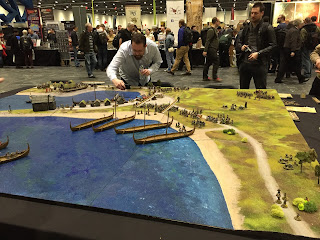 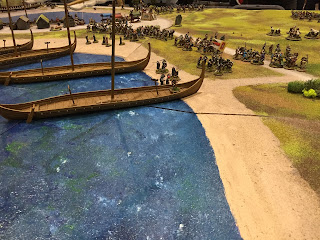 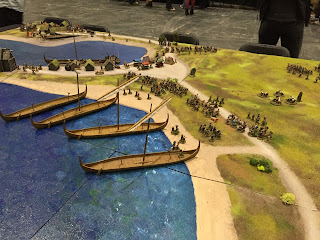 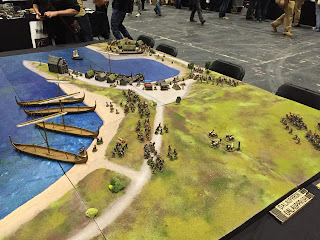 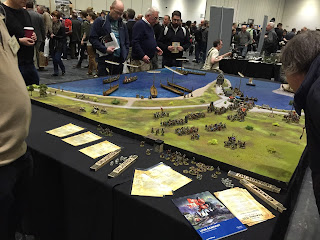 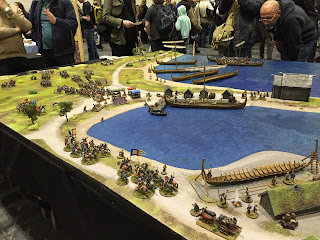 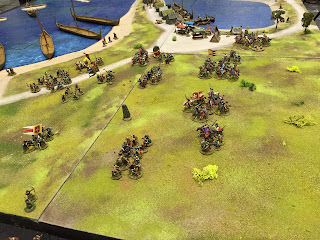 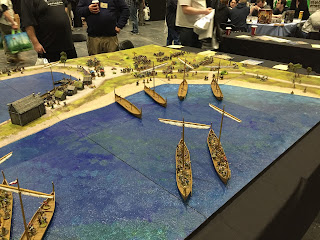 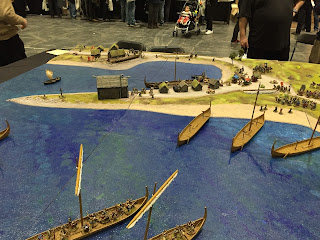 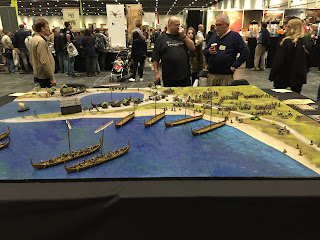