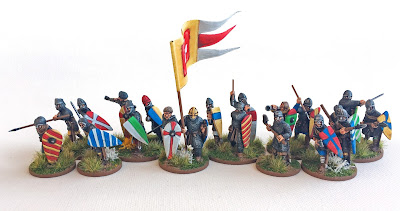 Here is another batch of miniatures for our Salute demonstration game, The Battle of Foteviken 1134. Up until now, my main focus has been the cavalry, but this time I've painted up some infantry from the king's and jarl's hirds, i.e. their household warriors. 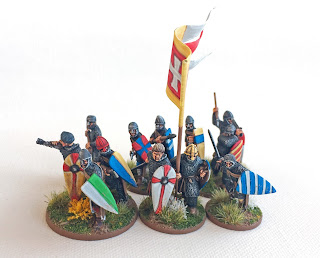 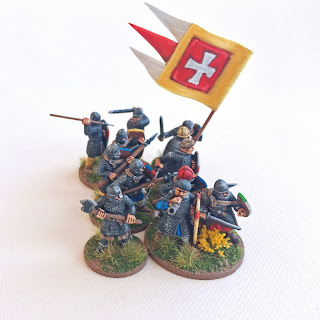 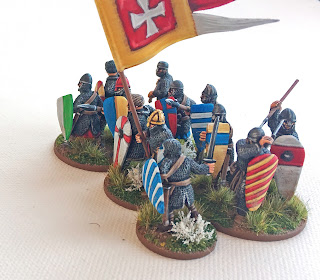 The miniatures are once again a mix of Black Tree Design and Gripping Beast. The BTD 2nd Crusade models in particular, are very nice indeed. 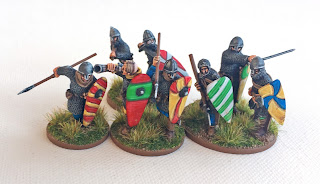 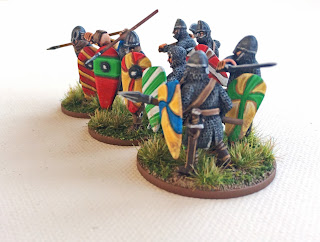 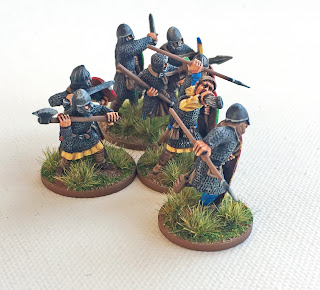 For this project, I've not held back on the bright colours, especially on the shields. With lots of sharp colours, there's always the danger of them clashing and/or looking too garish. However, here they are balanced by muted browns and the greyish looks of their armours. All in all, I'm rather pleased with the final look. 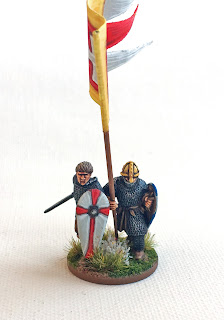 This model is supposed to represent the son of the Danish king, Magnus, with his personal banner bearer. Like most of his brothers-in-arms, Magnus was killed at the battle, but not before making a heroic last stand. Let's see how he fares this time ... 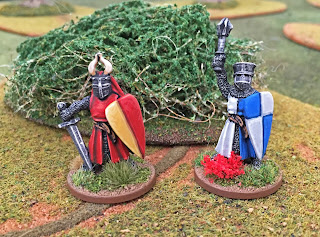 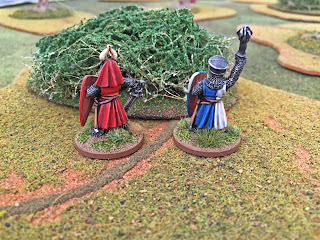 Foteviken 1134: Flags for the Cavalry 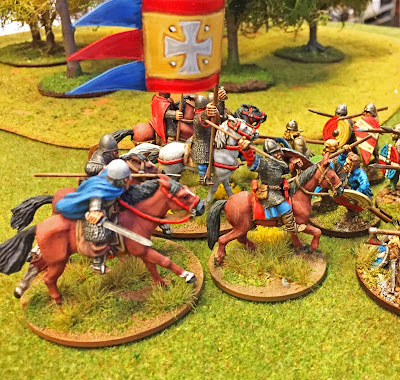 We did some more play testing for the Foteviken 1134 project at the club a while ago and I took the opportunity to take some pictures, focusing on the finished flags for the cavalry. You've already seen a sneak peek of these in the previous post but here are some better pictures. 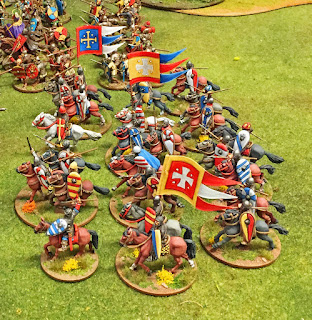 It was very nice to see it all starting to come together. In fact, we were so pleased with the look of our collected forces that I was promptly given the order to do another 12 mounted models. Right now I'm in the midst of painting up a big batch of hirdmen (armoured infantry), but after these I will tackle some more riders. 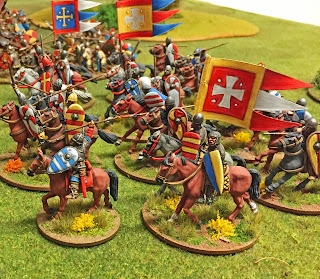 I'm now beginning to dread transporting all these cavalry models to Salute ...