After a long involuntary break, I'm finally back with some painted miniatures. During the later parts of January and for most of February, the family's been plagued with various colds, flus and other ailments leaving me precious little time for the hobby. What little time I could scrape together has been focused on painting rather than blogging. But now, spring most definitely is in the air here in Stockholm, and the dreaded "sick period" seems to be behind us, which hopefully means more time for both painting and blogging.

To kick things off, here are the last miniatures to be finished for my two Swiss mercenaries pike blocks to be used in my Italian Wars French army: fashionably late, it's the commanders. 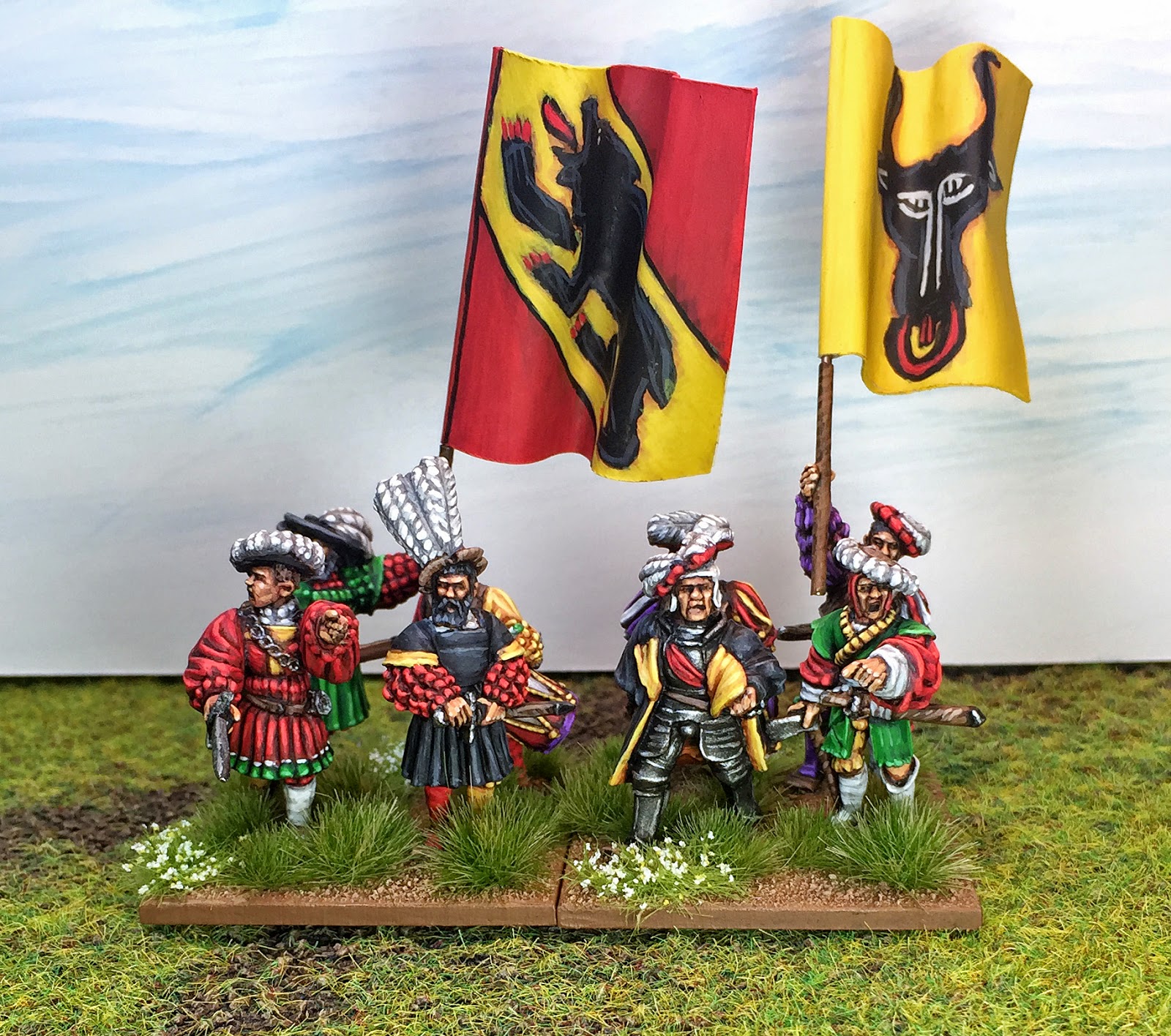 The models are all from Foundry, lovely sculpts with lots of character. 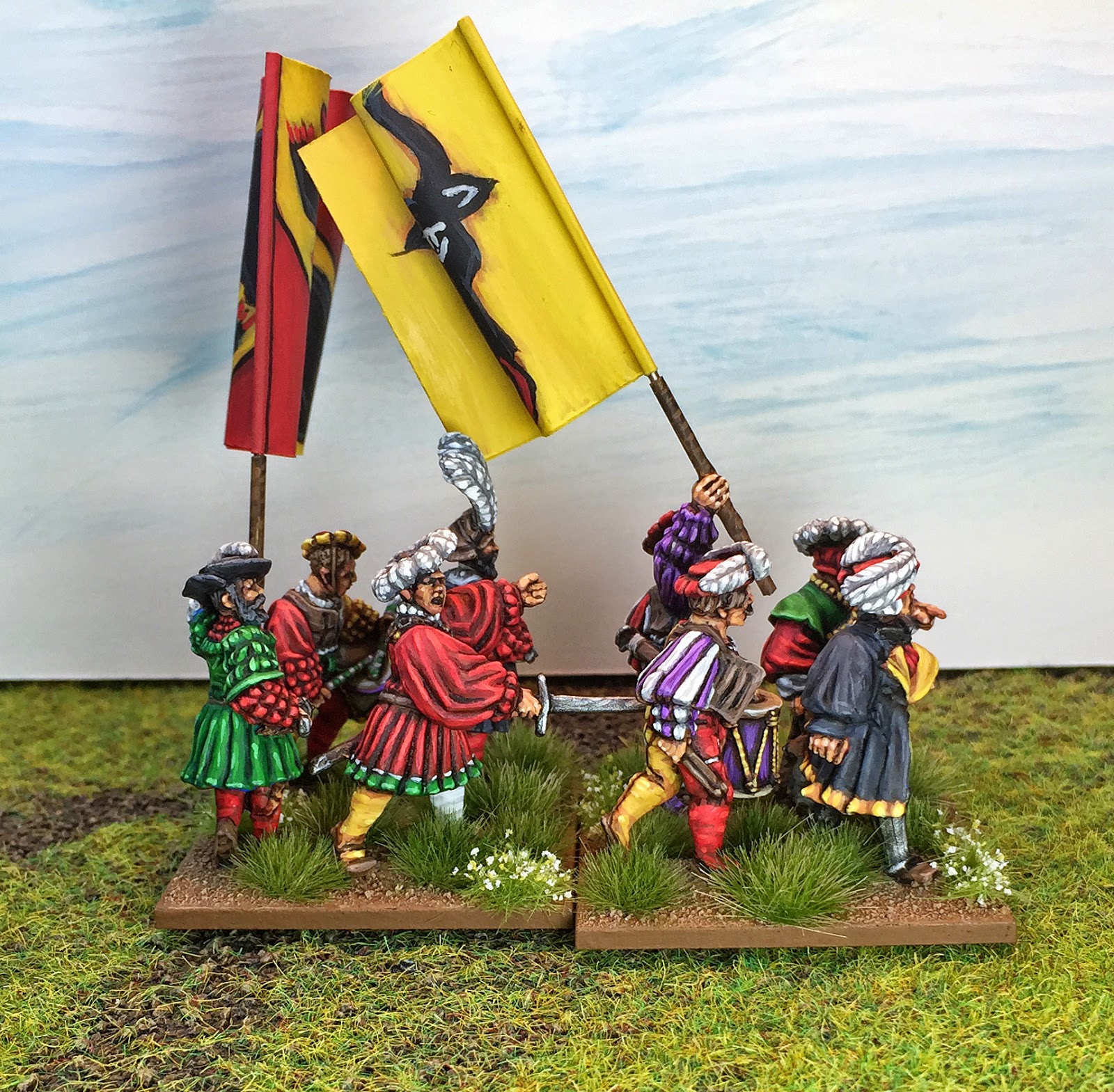 With these miniatures I made the conscious effort to go for bolder "steps" and increase the contrasts on the highlights, as I have become increasingly frustrated with my painting style lately, feeling it doesn't "pop" enough on the gaming table. I'm very happy with how these efforts payed off, and this is a direction I will try to strive towards in the future. 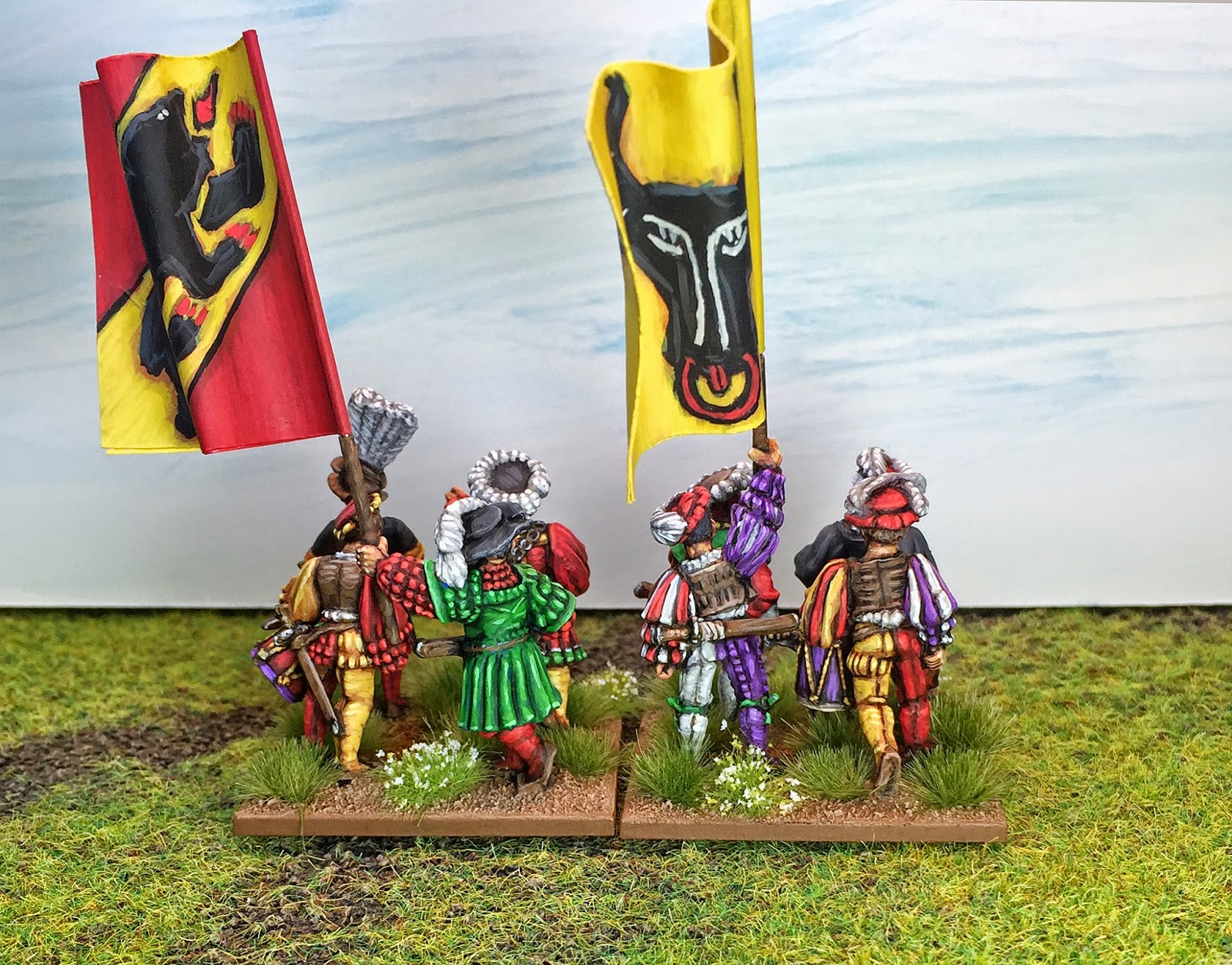 The flags are painted by me and based on designs I found on the Internet, more specifically on the excellent blog Camisado. A highly recommended blog, especially if you're into the wars in Italy during the 16th century. The flags represent the cantons of Bern (the bear) and Uri (the bull) respectively. 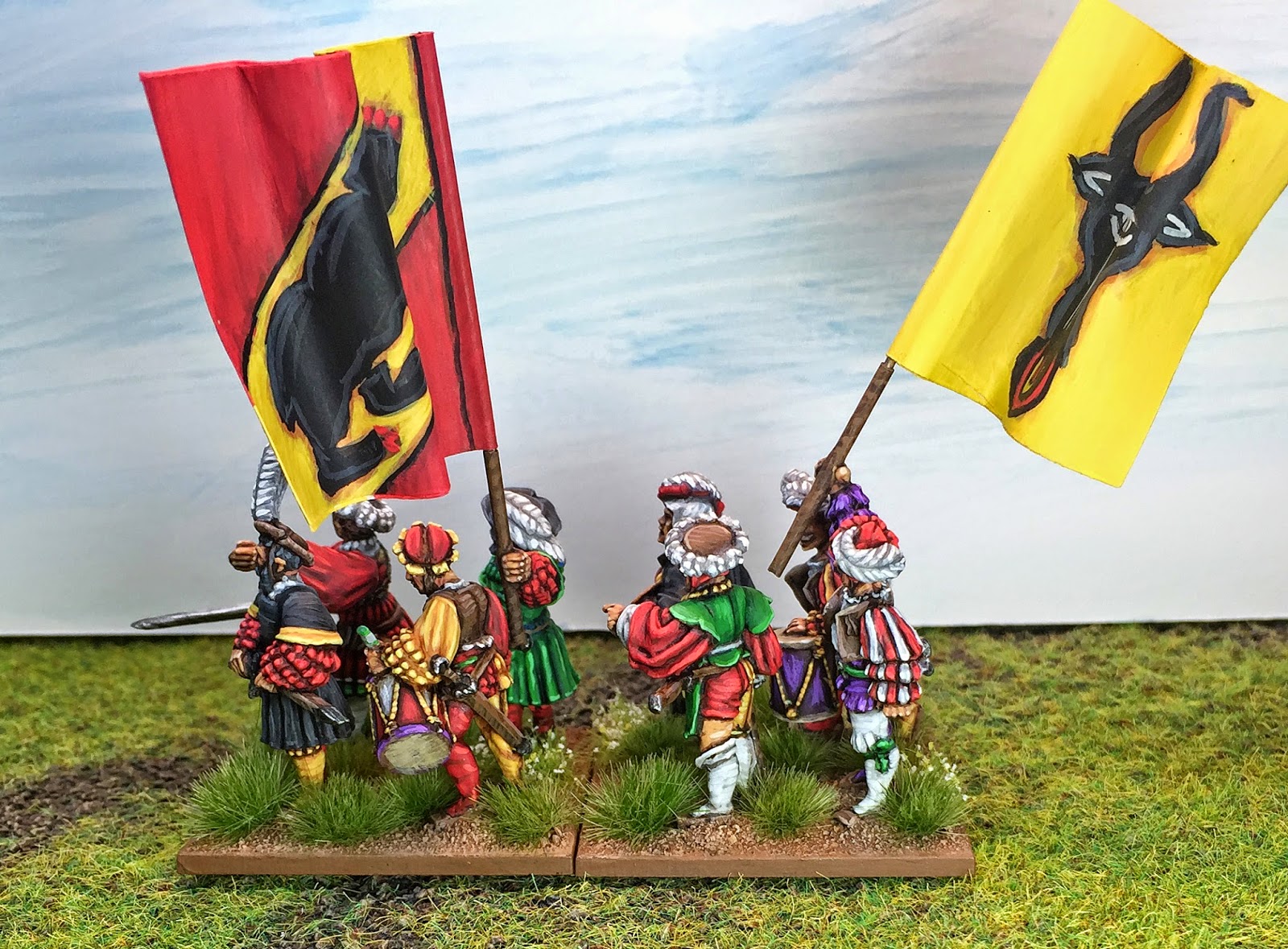 The flags are removable, for easier storage and for when I want to swap them – in the event I'm fielding these as Landsknechts they obviously can't have Swiss flags! 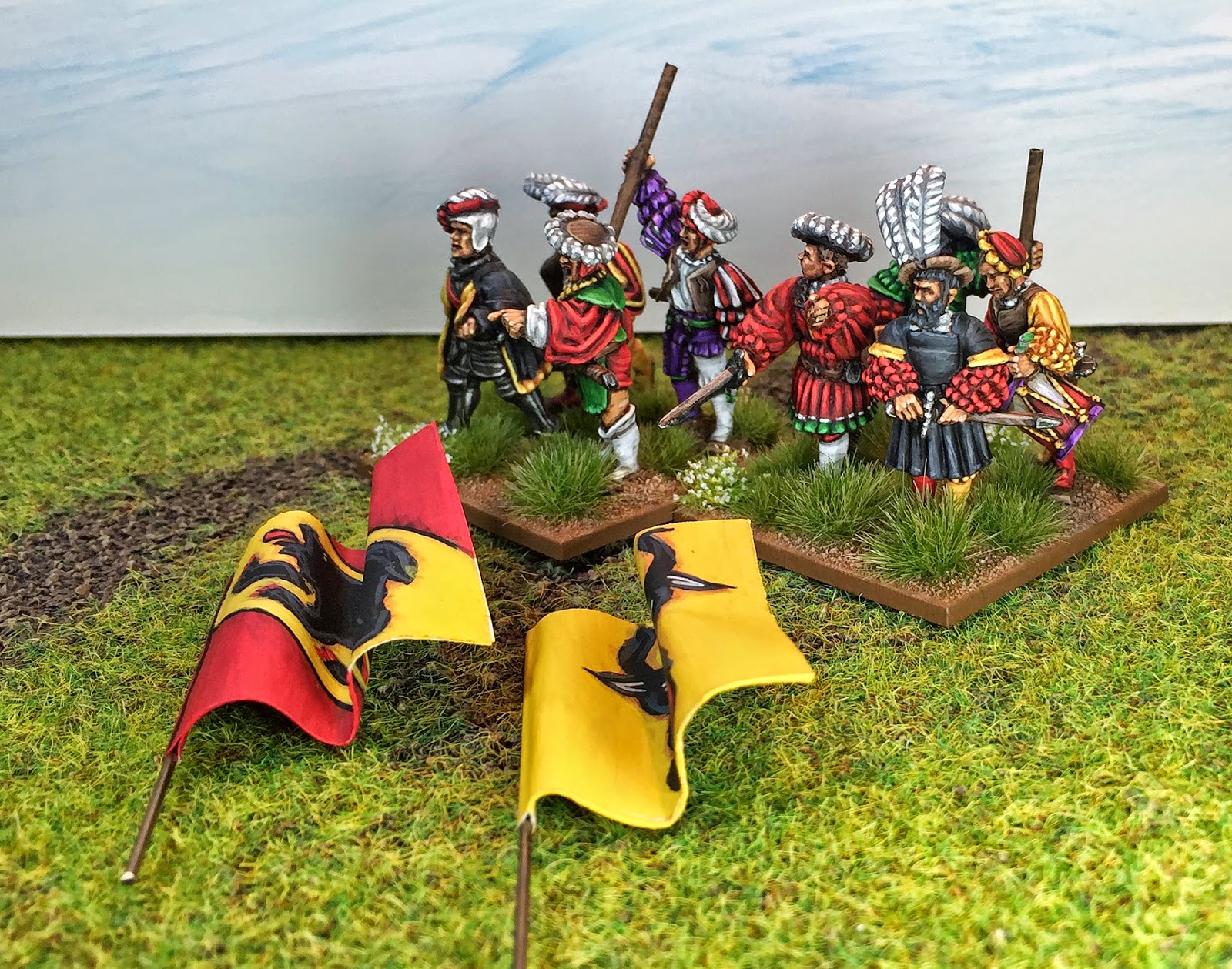 Here are some pictures of the two complete pike blocks. 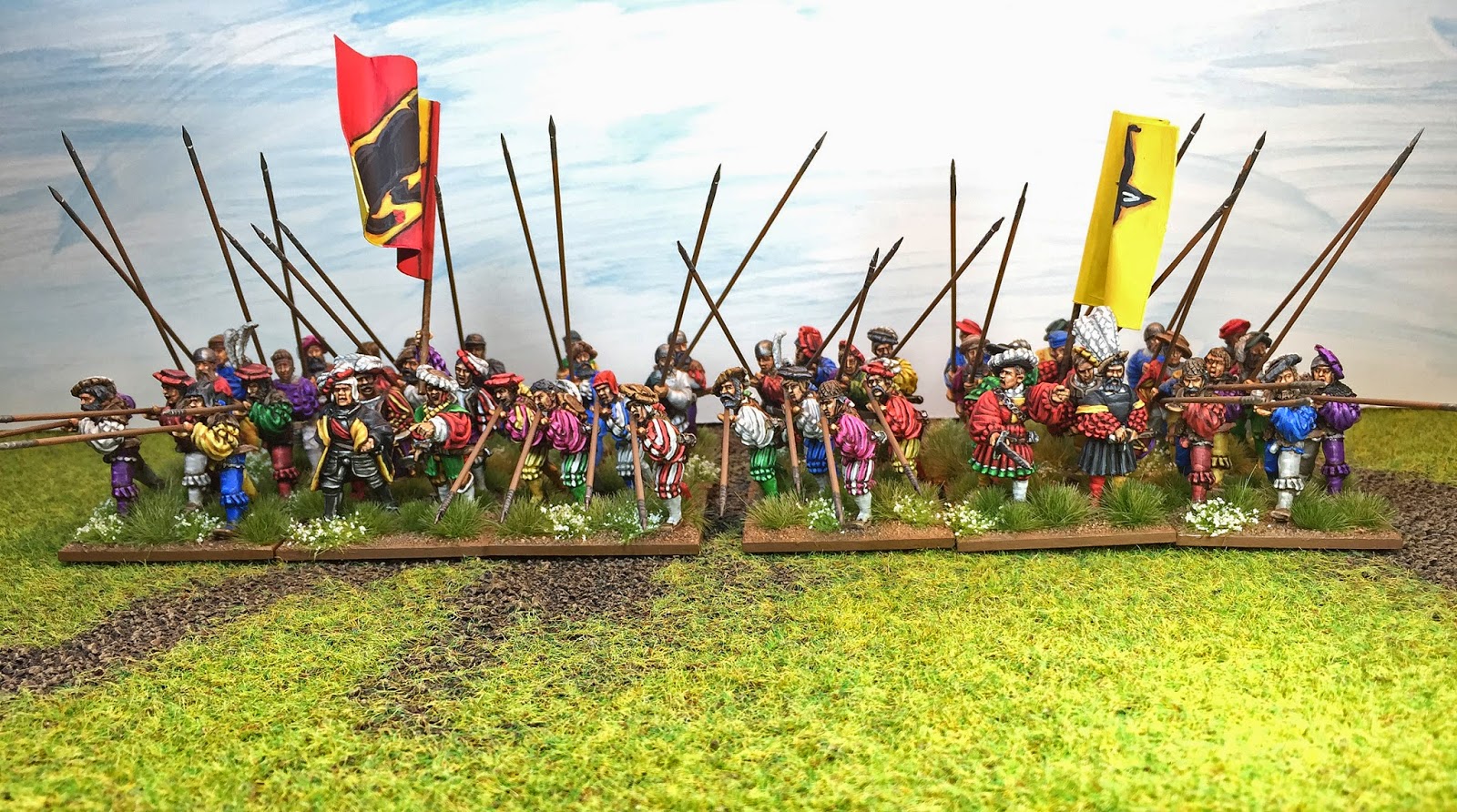 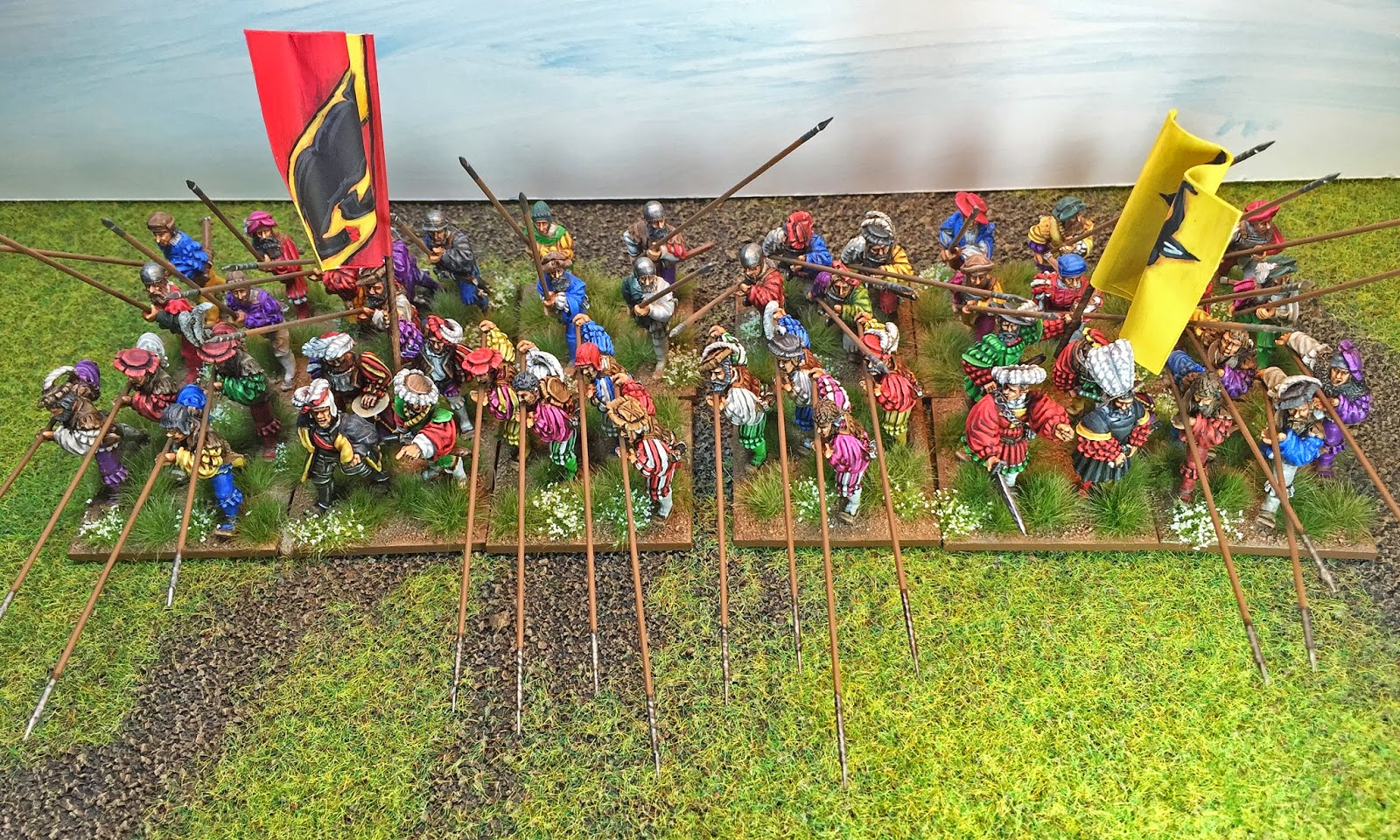 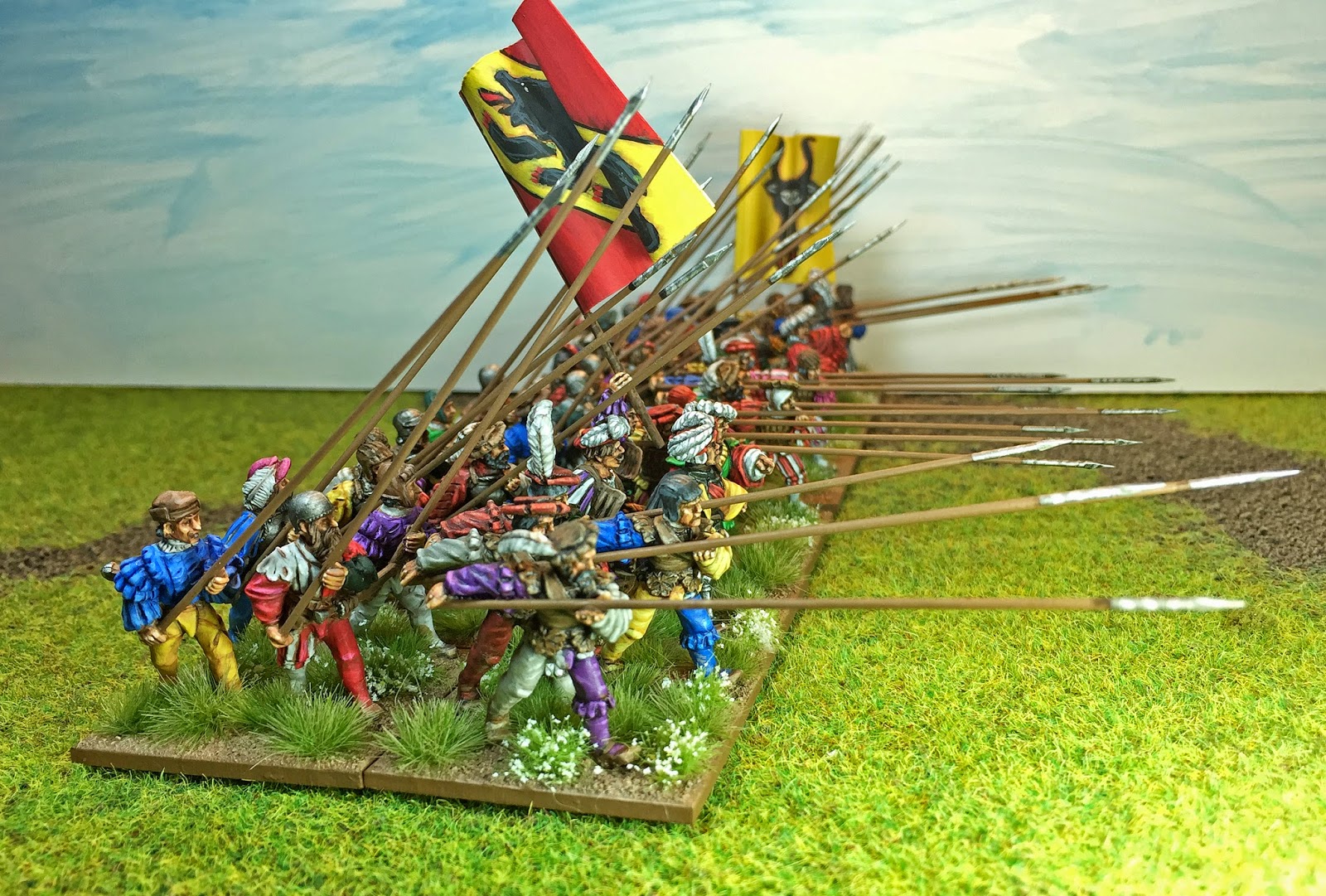 Of course I now want to add another 3 bases to each block, for a truly massive amount of pikes. But this will have to wait until I finish some gendarmes and artillery pieces.

Thank you very much for reading!
Posted by Jonas M at 12:50