There certainly seems to be no shortage of things to celebrate lately as the blog has passed 100 followers and 25 000 hits a while back. I have lost track of all you new followers so I just want to take the opportunity to thank all who have signed up – old ones as well as new ones! 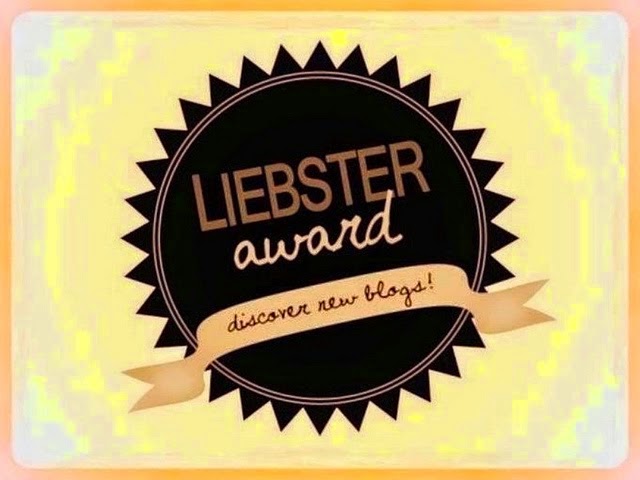 Over the last couple of weeks or so, I've also received no less than five nominations for a Liebster Award. I'd like to offer a heartfelt thanks to CLAM (who was the first one I believe) from Clamshells&Seahorses, Rodger from Rebel Barracks,  Søren from Black Powder Games, Mattias from Northern Wargaming and Christopher from Bunker Hill. They all have excellent, excellent blogs of their own so if you haven't checked them out already I urge you to do this right now.

I'm greatly honored and humbled by all this attention, so thank you guys!

Now, originally there were quite a lot of rules concerning this Liebster Award thingy – questions to be answered, other blogs to be nominated and whatnot – but as time went on, people started to ignore most of them so I'll do this my own way.

First off, the questions and answers. Originally, there were 11 questions to answer and then you had to write 11 new ones yourself but I'm a lazy bastard so I've just picked a few I thought would be interesting (?) for most of you.

How did you first get into the miniature/war-gaming hobby?
I got into the hobby through fantasy roleplaying in the mid 80s. Although I was aware of model soldiers before (mainly thanks to the old Prince August moulds you could cast yourself) I didn't know you could actually play games with them.

Why did you start blogging?
Primarily it was to track my projects and by showing them to others a way to inspire myself to actually finish the projects I had started. In 2011 had a period of waning inspiration and too many projects half-completed, so I wanted to force myself to finish them. Perhaps subconsciously I was also looking to get into contact with some local gamers, as I was the only one in my then-current group of friends who was into the hobby part of the hobby (that is, the painting and modeling).

Would you say you are more a collector, painter or gamer and why?
I guess I'm a little bit of everything, but I see myself as more of a gamer. Although looking at the time spent on the different activities I'm definitely a painter, and looking at the money spent (and asking my fiancee!) I'm most definitely a collector – or maybe more of a hoarder ...

Could you limit your gaming and collection to one period and one size? If so, what?

No, I probably couldn't as there are far too many interesting periods and conflicts to game. However, if for some reason I had to limit myself I would unsurprisingly choose the so called Dark Ages in 28 mm, as this is my absolute favourite period and scale.

If you could only buy from one miniature company from now on, which one would it be?
Well, looking at the answer above it would have to Gripping Beast as they have by far the most diverse range for my period of choice.

Who is your all time favourite miniatures producing company?
There's obviously some great companies out there, producing some truly excellent miniatures for all imaginable (and unimaginable) periods and scales – the afore mentioned Gripping Beast, Perry Miniatures and Pro Gloria to name but a few. But for sheer personality, whimsical charm and well yes, nostalgia, the mid to late 80s Citadel will always have a special place in my heart. Comparing those fantastic old models with the technically superior, but utterly overworked and devoid of any trace of personality, crap Games Workshop is peddling today makes me so so sad.

Do you read Battle Reports and what makes them inviting to read?

I do sometimes, especially if it's a game or a period I'm interested in. I'm looking for a combination of clear graphics, pretty pictures and a well written text. The text should preferably be short and to the point, but not dry. I don't want a detailed report of every turn but rather a summary of the action, and some key event highlighted in more detail. If it's a system I'm not familiar with I'd also like to know how the rules affected what happened on the table, while if it's a game I'm familiar with the text should be more of a summary. Finally, there should be a paragraph or two discussing what happened in the game, the reasoning behind the tactics and decisions made and also some thoughts on the rules and scenario. Quite a lot to live up to and the reason I've not posted more AARs on this blog!

Right, that's the Q&A out of the way. On to my personal nominations. Well, most of my favourite blogs have already received a nomination, but apart from those linked above, I'd like to mention a few that I find really inspiring and a great read:

A Light in the Dark
Lots of pictures of impressive 10 mm Dark Ages armies with some excellent conversions to boot.

Camisado
This blog is mainly about the early 16th century, with a focus on the Italian Wars. Lots of lovely landsknechts, reislaufers and gendarmes and a great inspiration for my own project for this period.

Well, that's all for now. Thank you again to all readers, followers and those of you who take the time to comment – it wouldn't be as fun without you!

PS: I had planned to do a prize draw to celebrate all this, but it will have to wait a while as Dalauppror just launched his giveaway in celebration of achieving an impressive 400 followers and 300 000 hits – certainly numbers to be inspired by! There are some very nice stuff up for grabs, so pop on over to his blog and sign up before it's too late.