Well, I hope you all had a great New Year's celebration and that you've had a good first few days of 2014.

As is the tradition, with 2013 all behind us, I will take a look forward to the coming year and what it might bring.

Last year I set myself a goal to play at least 26 games, which I managed to do. But even though I loved playing lots of games, by having set a target it sometimes felt a bit forced. I don't know if that makes any sense? Anyhow, for 2014 I will not set a new goal, but rather play lots of enjoyable games, simple as that. I will however endeavour to try at least one new rule set and one new period I haven't played before.

I also really want to visit Salute in London in April, and among other things hopefully meet some of my fellow bloggers. There are no definite plans for this at the moment, but if all goes well it could be happening.

As for painting, my plan is for a modest three (or four, depending on how you count them) projects for this year. However, before I start on any of these new projects I will finish the Saxons for Dux Britanniarum. Not much left to do on those though ...

And so, without further ado, my planned projects for 2014 are:

After finishing several large projects at work at the end of last year, I'm a bit weary of starting any new large hobby projects. Instead I plan to do some smaller stuff, to get a chance to paint various things and help me get my inspiration back again. Then, when I'm back in my usual groove, it's time to tackle the heavy stuff.

The "smaller stuff" will be a mix of wagons/baggage, livestock, some civilians, markers for casualties and loot, and also some small terrain pieces. I've thought about doing some "larger small stuff", eg more terrain, for a while now and this might get lumped into this project if I feel like it. But mainly I'll do small, fun stuff, that's quick to finish.

This one might not come as a surprise for those of you who have managed to piece together the clues scattered about – most notably the Landsknecht casualty markers.

Most (if not all) of my projects are of the small-scale skirmish type, and for a while now I've felt the need to take the next step and do a bigger project that will let me play larger games – eg Hail Caesar in the "proper" scale". I've also felt a bit bored with my drab painting style for the Dark Ages and felt it was time to shake things up a bit and paint something more colourful. In short: I needed a challenge.

As luck would have it, Dalauppror started doing his wonderful Landsknechts/German mercenaries for his Kalmar Union War project. These would work perfectly as the core of a force for the Italian Wars. Suddenly I had an opponent too!

We're still ironing out the details for this project, but it's more or less decided we're going for the early part of the conflict, focusing on Charles VIII's invasion of Italy in 1494 and the Battle of Fornovo in 1495 (we might be able to use roughly the same forces for slightly later periods of the conflict, up to and around 1500, but I need to read up on this a bit more before we decide anything). I will once again do the glorious French, while Dalauppror will have to come up with some way for his Swedish allmoge to masquerade as an Italian condotta army (OK, that last bit was a joke!).

If we're lucky, we might have some other guys from the club doing small forces as well, which will allow us to eventually play some larger games.

This is long-time project for me that won't be finished this year: I envision the result to be a large army with many miniatures, but to not lose inspiration, my plan is to build it up in stages. For 2014, my primary goal is to do the core troops and have a playable army: a couple of units of gendarmes, a couple of units of Swiss mercenaries, some hand gunners, perhaps some mounted crossbowmen and of course – some artillery!

The rules we are looking at at the moment is Pike and Shotte (but we might change our minds if something better shows up), as we really like the fast, action-packed games of Hail Caesar we have played.

Continuing my (other) long-term project of painting up all the starter forces for Dux Britanniarum, it's time to tackle the proud Romano-British. This should be a simple and straightforward project. 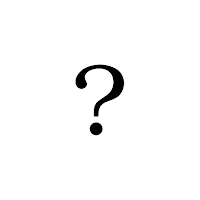 I'll keep this one under wraps for a while, as it's more fun this way. However, I will say as much that it's got some things in common with a few of my earlier projects but with a decidedly Mediterranean touch. The plan is to adopt a certain published rules-set to this new setting, and I aim to paint up two small(ish) forces to start playtesting with, and then add more stuff as I go along and develop this further.

Well, there they are – my plans for 2014. Let's see how well I can stick to them! There's already a new project not among those listed above that might take up a lot of time during the year ...
Posted by Jonas M at 18:52